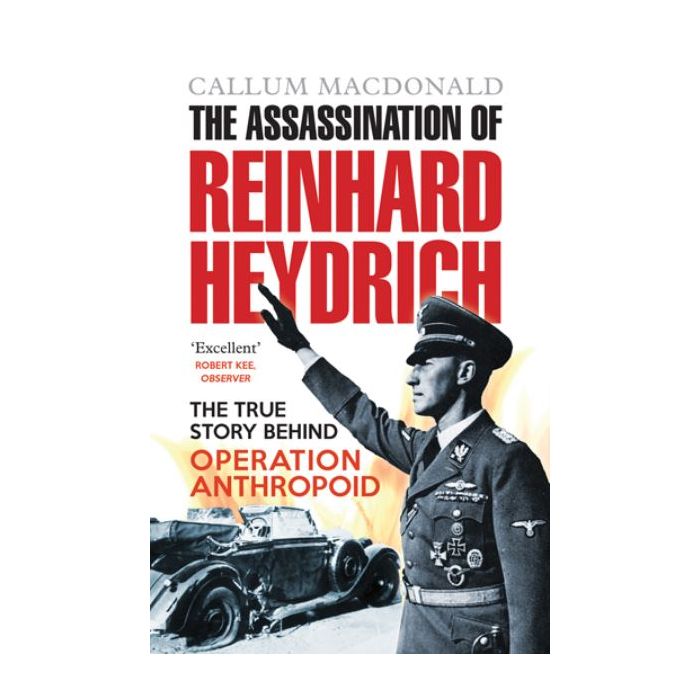 €9.99
In stock
SKU:
9781843410362
Author:
C. A. MacDonald
Publisher:
Birlinn
Description
On 4 June 1942 one of the most powerful figures of the Nazi regime died in agony from wounds sustained during an assassination attempt in Prague. This is the story of the killing of Reinhard Heydrich, a man of extraordinary intelligence, ruthlessness and ambition who had risen from obscurity to become head of the Nazi security police and Governor of Bohemia-Moravia. Regarded by many as Hitler's most likely successor, he was feared and hated even by other high-ranking Nazi officials.Heydrich's death caused shockwaves throughout the Nazi leadership, provoking ferocious reprisals against Czechs and Jews. Those who carried out the assassination were hunted down, and, trapped like rats in the cellar of a Prague church, committed suicide rather than face the certainty of torture and execution at the hands of the SS.Based on original archive material, interviews with surviving members of the Special Operations Executive, who trained the Czech assassins in the UK, and Czech military intelligence, Callum MacDonald's book is a well-researched and gripping account of one of the most audacious assassinations of the Second World War.
Details
SKU: 9781843410362
Author: C. A. MacDonald
Publisher:  Birlinn
Format: Paperback
Pages: ix, 292 , 16 unnumbered of plates
Country of Publication: Edinburgh, Scotland
Publication Date: 24 Apr 2007
Size: 195 x 130 x 22