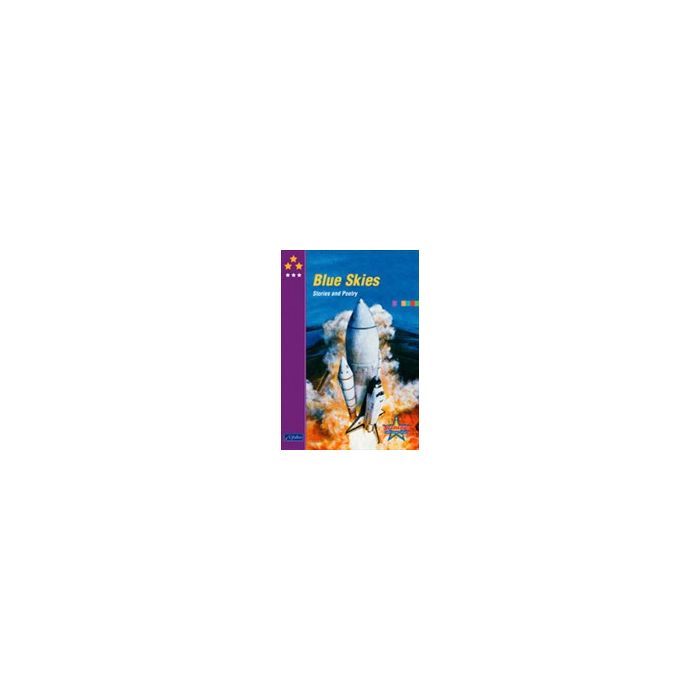 Skip to the beginning of the images gallery
Details
Blue Skies, Stories and Poetry - is a collection of twenty stories and seventeen poems. The twenty stories are:nTinas brilliant idea, The Warau people discover the earth, Oh Ma!, Come in, Marvin, King of the birds, Stars, The wumpy choo, Six blind men and an elephant, The little match girl, A new home, Three fables, Until the angel came , Normal, The magic shilling, Deirdre of the Sorrows, Escape, Bruce Bogtrotter and the cake, How toys became real, The riddle and Whats to be done with the Iron Man? The Poems in Blue Skies are: The Flattered Flying Fish by E V Rieu, Greedy Dog by James Hurley, Catch a Little Rhyme by Eve Merriam, Poem Written on the Neck of a Running Giraffe by Shel Silverstein, Explorers by James Reeves, Hughbert and the Glue by Karla Kuskin, The Grasshopper by David McCord, On Tomato Ketchup by Delmont Hunt Heines, Limericks, The Marrog by R C Scriven, The Frogologist by Brian Patten, The Dragon of Death by Jack Prelutsky, Block City by Robert Louis Stevenson, What is Pink? by Christina Rossetti, Homework! Oh, Homework! by Jack Prelutsky, In the Rain by René Cloke, My Baby Sister by Benjamin Breen and Me by Andrew Toft. nn