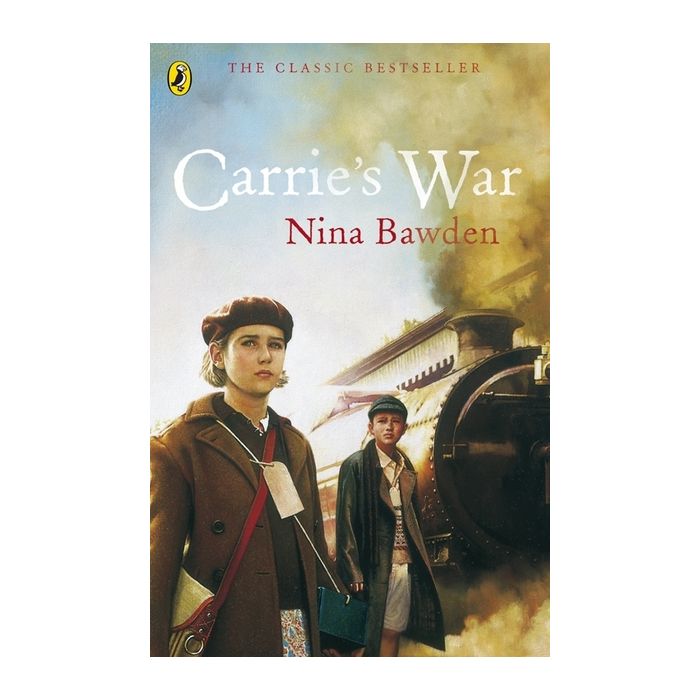 'I did a dreadful thing...or I feel that I did, and nothing can change it...'

It is the Second World War and Carrie and Nick are evacuated from London to a small town in Wales, where they are placed with strict Mr Evans and his timid mouse of a sister.

Their friend Albert is luckier, living in Druid's Bottom with Hepzibah Green who tells wonderful stories, and the strange Mister Johnny, who speaks a language all of his own. Carrie and Nick are happy to visit Albert there, until one day when Carrie does a terrible thing - the worst thing she ever did in her life...

Based on her own childhood, Nina Bawden's enchanting story Carrie's War has delighted readers for almost 40 years.

***Perfect for fans of Goodnight Mister Tom by Michelle Magorian.***

Nina Bawden is one of today's best writers for both adults and children. she has often used her own childhood experiences in her books - Carrie's War is set in the mining valley in Wales where she lived as an evacuee in wartime. She studied philosophy, politics and economics at Somerville College, Oxford and finished her first novel the year after she took her degree. She won the Guardian Award for Children's Fiction for The Peppermint Pig.