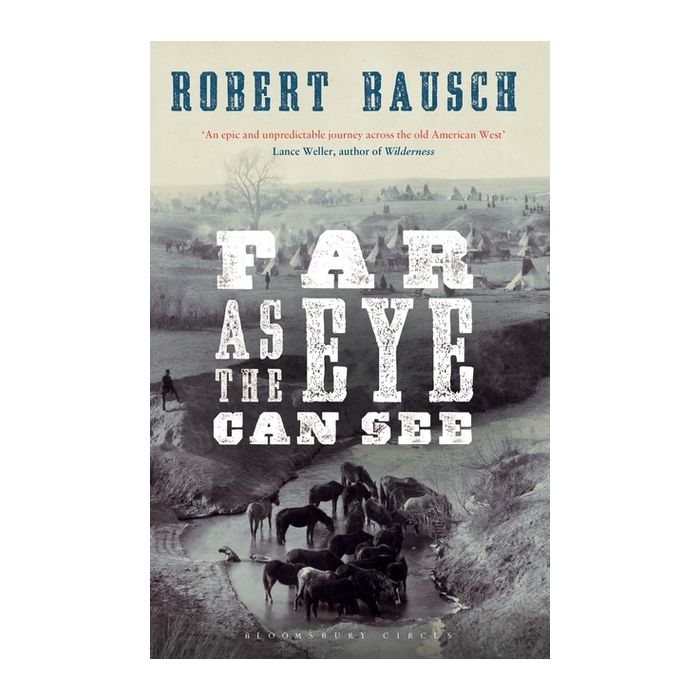 Far As The Eye Can See

€16.35
In stock
SKU:
9781408844304
Author:
Robert Bausch
Publisher:
Bloomsbury Circus
Description
A Union veteran several times over, Bobby Hale has repeatedly deserted and re-enlisted under different names to earn the enlistment bonus. After the civil war, he sets his heart on California, but only makes it as far as Montana. Now after shooting the wrong people he has to evade not only the US Army but also the native population. Against the growing conflict of the Great Sioux War, Bobby is travelling across the harsh horizon to make it back to Eveline, a poker-playing wagon owner who has taught him that he does not have to spend his life alone. Within miles of the woman he believes can save him, Hale's trigger finger lands him in trouble again, changing the course of his journey and setting him on a heart-stopping adventure across the Great Plains. Across ten years and thousands of hard-won miles, Bobby comes to understand the wilderness through those he encounters: the pioneers on the wagon trail who follow the glittering promise of gold; a Crow Brave who shows him meaning of real freedom and strength; and the militia men, still carrying the scars of the recent war, whose hatred of "Injuns" is even stronger than their fear. Far as the Eye Can See is the story of life in a place where every minute is an engagement in a kind of war of survival, and of how two people in the midst of such majesty and violence can manage to find a pathway to their own humanity.
Details
SKU: 9781408844304
Author: Robert Bausch
Publisher:  Bloomsbury Circus
Format: Paperback
Pages: 307
Country of Publication: London, United Kingdom
Publication Date: 04 Dec 2014
Size: 234 x 153 x 27