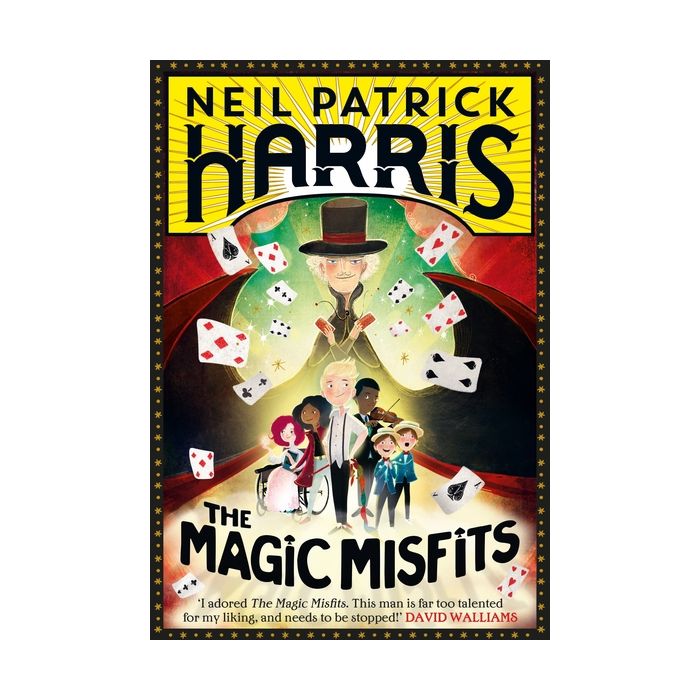 'I adored Magic Misfits. This man is far too talented for my liking, and needs to be stopped!' David Walliams

'I read this book with excitement, delight, and the increasing suspicion that it was going to make me disappear.' Lemony Snicket, author of the bestselling series A Series of Unfortunate Events and All the Wrong Questions

This book contains a BIG SECRET. Read on if you dare . . .

Do you believe in magic?

Carter doesn't. He knows magic tricks are just that - tricks. And as a street magician he's also pretty good at them. But then Carter runs away from his conman uncle and he finds himself alone and in danger from dastardly carnival ringleader, B.B. Bosso. He could really use some magic now . . .

A chance encounter with the mysterious Mr Dante Vernon leads Carter to a magic shop, where he teams up with five other like-minded kids and the MAGIC MISFITS are born! Can the gang use their magical talents to save the day and stop B.B. stealing a priceless diamond?

Inside this book you will find a treasure trove of tips, codes and stage tricks that will help YOU join the Magic Misfits and make some magic of your own. (BUT DON'T TELL ANYONE.)

Perfect for children aged 8 to 12 years old and fans of Lemony Snicket, David Walliams, David Baddiel, My Brother is a Superhero . . . and magic!

Cover illustration by David Litchfield, winner of the Waterstones Children's Books Prize 2016 for The Bear and the Piano.

Neil Patrick Harris is an accomplished actor, producer, director, host, and author. Perhaps best known to audiences for his role as Barney Stinson on the hit comedy series How I Met Your Mother, he is currently starring as Count Olaf in the Netflix adaptation of Lemony Snicket's A Series of Unfortunate Events. The Magic Misfits is his first book for children.