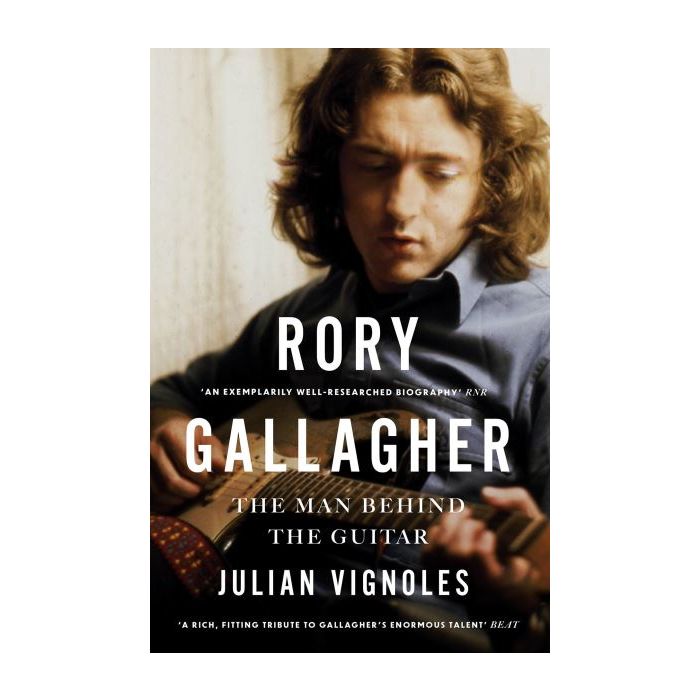 Rory Gallagher The Man Behind the Guitar

Rory Gallagher is regarded as one of the greatest guitarists of all time. He was a dazzling showman, an accomplished songwriter, and a champion of blues music.

His career began in an Irish showband at age fifteen, before forming Taste, one of the great Irish bands. He went on to achieve even greater success as a solo artist in the 1970s. After his success peaked, Gallagher's later life was troubled, ending in disillusionment and early death. He remains a legend, with musicians like the Edge, Johnny Marr and Joe Bonamassa among the legions of fans who still revere him.

Drawing on extensive interviews, Julian Vignoles casts new light on the familial, musical and other influences that inspired Gallagher, and on the complex personality that drove his career. Crucially, Vignoles shows how many of Gallagher's songs speak eloquently - and poignantly - about the person who penned them. Meticulously researched, this portrait is the insightful biography that Rory Gallagher deserves.