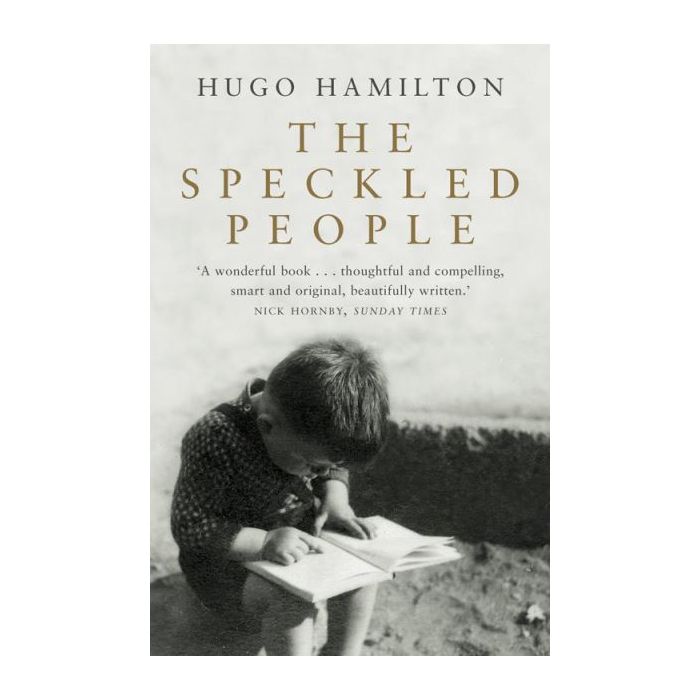 'This is the most gripping book I've read in ages … It is beautifully written, fascinating, disturbing and often very funny.' Roddy Doyle

The childhood world of Hugo Hamilton, born and brought up in Dublin, is a confused place. His father, a sometimes brutal Irish nationalist, demands his children speak Gaelic, while his mother, a softly spoken German emigrant who has been marked by the Nazi past, speaks to them in German. He himself wants to speak English. English is, after all, what the other children in Dublin speak. English is what they use when they hunt him down in the streets and dub him Eichmann, as they bring him to trial and sentence him to death at a mock seaside court.

Out of this fear and guilt and often comical cultural entanglements, he tries to understand the differences between Irish history and German history and turn the twisted logic of what he is told into truth. It is a journey that ends in liberation, but not before he uncovers the long-buried secrets that lie at the bottom of his parents wardrobe.

In one of the finest books to have emerged from Ireland in many years, the acclaimed novelist Hugo Hamilton has finally written his own story - a deeply moving memoir about a whole family's homesickness for a country they can call their own.