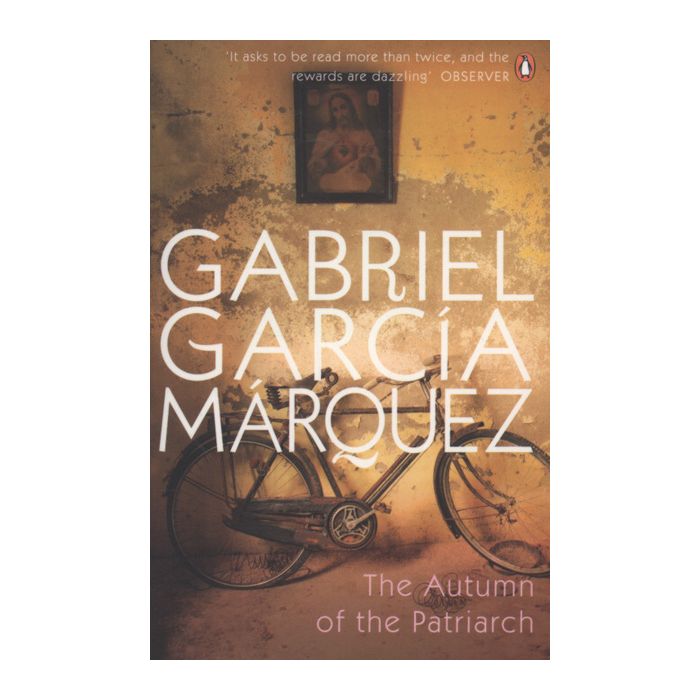 The Autumn Of The Patriarch

Gabriel García Márquez, winner of the 1982 Nobel Prize for Literature and author of One Hundred Years of Solitude, explores the loneliness of power in Autumn of the Patriarch.

As the citizens of an unnamed Caribbean nation creep through dusty corridors in search of their tyrannical leader, they cannot comprehend that the frail and withered man lying dead on the floor can be the self-styled General of the Universe. Their arrogant, manically violent leader, known for serving up traitors to dinner guests and drowning young children at sea, can surely not die the humiliating death of a mere mortal?

Tracing the demands of a man whose egocentric excesses mask the loneliness of isolation and whose lies have become so ingrained that they are indistinguishable from truth, Márquez has created a fantastical portrait of despotism that rings with an air of reality.

'Márquez writes in this lyrical, magical language that no-one else can do' Salman Rushdie

As one of the pioneers of magic realism and perhaps the most prominent voice of Latin American literature, Gabriel García Márquez has received international recognition for his novels, works of non-fiction and collections of short stories. Those published in translation by Penguin include Bon Voyage Mr.President, Chronicle of a Death Foretold, Collected Stories, The General in his Labyrinth, In the Evil Hour, Innocent Erendira and Other Stories, Leaf Storm, Living to Tell the Tale, Love in the Time of Cholera, Memories of Melancholy Whores, News of a Kidnapping, No-one Writes to the Colonel, Of Love and Other Demons, The Story of a Shipwrecked Sailor and Strange Pilgrims.